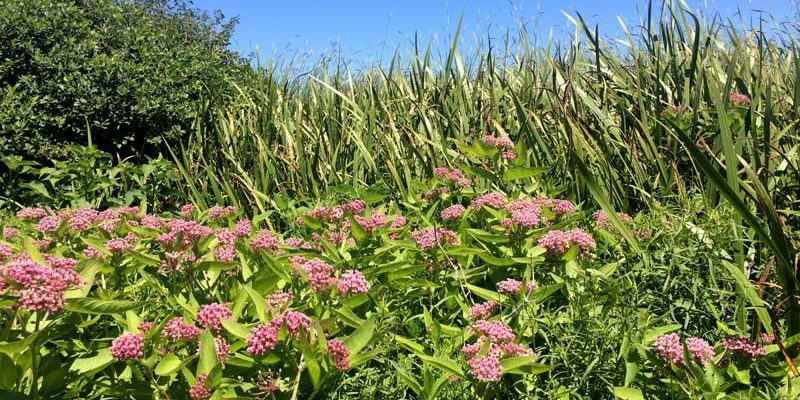 Nantucket Zoning Board of Appeals

On behalf of the Nantucket Land Council (NLC), thank you for the considerable time and energy the Zoning Board of Appeals has expended reviewing the applicant’s proposals for the “Surfside Crossing” project off South Shore Road.  The Applicant’s recent gamesmanship regarding closure of the public hearing – insisting that the hearing close tomorrow (April 11, 2019), while withholding plans and other information that the Board needs for any meaningful review of the latest proposal – is only the most recent challenge the Board has faced in its diligent efforts to assess project impacts and reach a decision “consistent with local needs,” as G.L. c. 40B requires. The Town has been well served by your dedication and commitment.

The Applicant has, in this process, played the classic G.L c 40B game: first submit a project of grossly inflated density, then appear to “compromise” by reducing the number of units, all the while insisting that such density is needed to make the project “economic,” without offering evidence to support such proposition, nor to support its lengthy list of waiver requests.  As the Applicant would have it, the Board’s role is to place limited conditions, acceptable to the Applicant, on the most recent “compromises” of 92-unit or 100-unit projects.

We disagree, and urge the Board to exercise its authority under G.L. c. 40B in issuing a decision that is “consistent with local needs” – one that, as required by the statute, balances the need for affordable housing with local concerns.  The Board is not required to approve a project of 92 units (or more) if that density is inappropriate for the project site and if impacts on natural resources, infrastructure, public safety and other matters of local concern cannot be adequately addressed.  The Board is not required to grant waivers requested by the Applicant without a demonstration that absent such waiver, the project is “uneconomic.”  Where the

Applicant has failed to make such demonstration – and now insists on closing the public hearing without discussion of the economic/uneconomic nature of waivers or of conditions – the Board is not required to grant such waivers, and may condition the project as the Board finds appropriate to address local concerns.

We believe that given the Applicant’s refusal to provide information necessary for the Board to make an informed decision, the Board would be entirely justified in denying the project application.  Should the Board be inclined to grant a permit for this project, we believe the Board should do so in a decision that reflects reality: that the Applicant can make a sound profit at a greatly reduced density.  We believe that the project is “economic” at forty units and note that at such density, while still contrary to sound planning, health and environmental standards for this area, meaningful open space could be preserved on the property for the benefit of project residents, the Town and as critical wildlife habitat.[1]

The Applicant’s consultants have also repeatedly told the Board that its powers are limited under G.L. c. 40B because of the pressing need for affordable housing.  We respectfully disagree.  The Board is empowered – in fact, required under the statute to consider not only affordable housing needs, but also: “the need to protect the health or safety of the occupants of the proposed housing or of the residents of the city or town, to promote better site and building design in relation to the surroundings, or to preserve open spaces.”  G.L. c. 40B, s. 20.  To this end, the Board may impose – to identify but a few – conditions limiting density to reduce project impacts; requiring the provision of water and sewer infrastructure consistent with the Town’s practices and plans; requiring open space and recreational areas as part of site design; requiring natural landscapes and native plantings; limiting impervious areas; requiring a dark skies-compatible lighting plan and fixtures; requiring buffering of parking areas; and requiring design/architectural style consistent with existing development patterns.

“Local concerns,” which the Board may protect through conditions and waiver denials, are exactly that: concerns specific to Nantucket – for example, intractable summer traffic, or the preservation of critical wildlife habitat for endangered species such as Northern long-eared bat (a concern shared by the NLC and the Town of Nantucket as pursued in the pending NHESP proceedings relating to the Surfside project). Among the most essential conditions the Board may, and should include in any permit granted are 1) a requirement of additional open space and a vegetated buffer at the front and rear of the development site; 2) a requirement of a gravity sewer as recommended by the Town’s consultant; and 3) a condition that no development of the parcel may proceed until a survey of the property is conducted for the presence of the Northern Long-eared bat, the New England Blazing Star, and other plant species protected by law.

As the Board is aware, despite repeated requests, the Applicant has provided inadequate submittals with respect to key aspects of the project such as site design, infrastructure, and the provision of utilities.  The record is replete with reports by the Board’s consultants, as well as comment by Town departments and officials, noting the lack of information on significant aspects of the project. Space does not permit the itemization of these deficiencies; we would ask the Board to note that the Applicant’s most recent response to the Plan Review by Chessia Consulting (see Bracken Engineering letter dated March 19, 2019) declines to respond to many outstanding issues identified, both great and small.  The Applicant’s consultants insist that the Board is entitled to nothing further.  Such dismissive, disrespectful, and counterproductive attitude would be troubling enough coming from an off-island developer.  It is surprising, to say the least, that it comes from someone of the Nantucket community.

Again, we thank the Board for its patience and hard work in reviewing the Surfside application and engaging the public as part of this process.  We are confident that you will reach a decision reflecting the concerns raised in this process, and one that protects the interests of the Town, its residents, and its natural resources.

[1]The density proposed is largely driven by the “workforce housing,” so-called, that the applicant claims to be providing in this project. As the Applicant has noted, there are no income-based restrictions for buyers of these units; moreover, there are no restrictions on sale price or resale price of these units.  These units are simply market-rate units enabling the Applicant to derive greater profit from the development.